On 6 and 7 April 2019, the general assembly of the “AMASIKO e.V.” association took place in Darmstadt. The members travelled from all over Germany to hear the report of the board for 2018. Project work and general activities were discussed, project ideas were collected and projects for 2019 were agreed upon.
A new Board of Directors was elected at the same time. 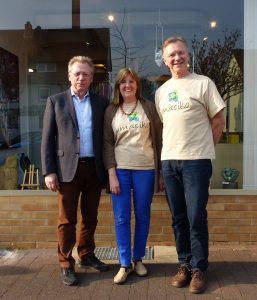 The following projects have been completed in 2019

THE KINDERGARTEN FOR THE YOUNGEST 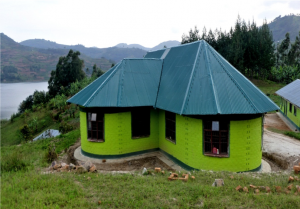 Finally, the youngest pupils have their own building, are cared for, can play and are familiarised with the classes by the teachers.
What is still missing are furnishings, shelving systems and child-appropriate equipment.

THE BIOGAS PLANT AND TOILET FACILITY 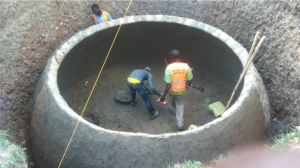 The underground located biogas plant can now only be suspected. It has been completed and already supplies partly the energy for the school kitchen. 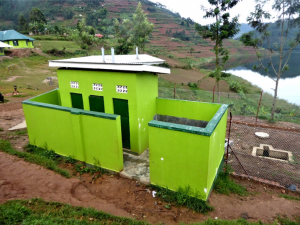 The toilet facility has been completed. Thus, the hygienic conditions of the 320 pupils have improved significantly.

FOR PREPARING THE SCHOOL MEALS: A NEW KITCHEN BUILDING

At the general assembly of the AMASIKO association on 6 and 7 April 2019 in Darmstadt, an impressive report was given on these measures. Some members have travelled to Uganda in March 2019 and were able to see the completed projects on site in person.

The general assembly also discussed projects to be promoted in 2019, such as the following:

Construction of a teachers’ residence

The construction of a teacher’s residence will help to maintain the existing high motivation of the teachers. Since some of the teachers reside very far away, such a residential building offers accommodation during the entire week. The building is to have two wings with five rooms each. One wing for men and one for women, each with a shower. The financing of this building is not yet secured.

Donations are most welcome !!

By building two lodges of a better standard (especially with their own shower and toilet), higher revenues could be generated from renting them out to tourists, which could then be used to finance the running cost of the school.

Purchase of goats and sheep

The purchase of goats and sheep will serve to improve the income for the parents. Two members of AMASIKO e.V. announced during their visit in March 2019 that they would support the goat and sheep project.
This has been done. Now the project is launched.